The Big Five are world famous – the top five animals that call Africa home – and all of them can be found in Kenya (Kenya’s big five). However, there are some surprising facts that you might not know about this host of popular animals. From lions to elephants to rhinos, every one of the animals in Kenya’s National Parks have their own adaptations to survive in the landscape. 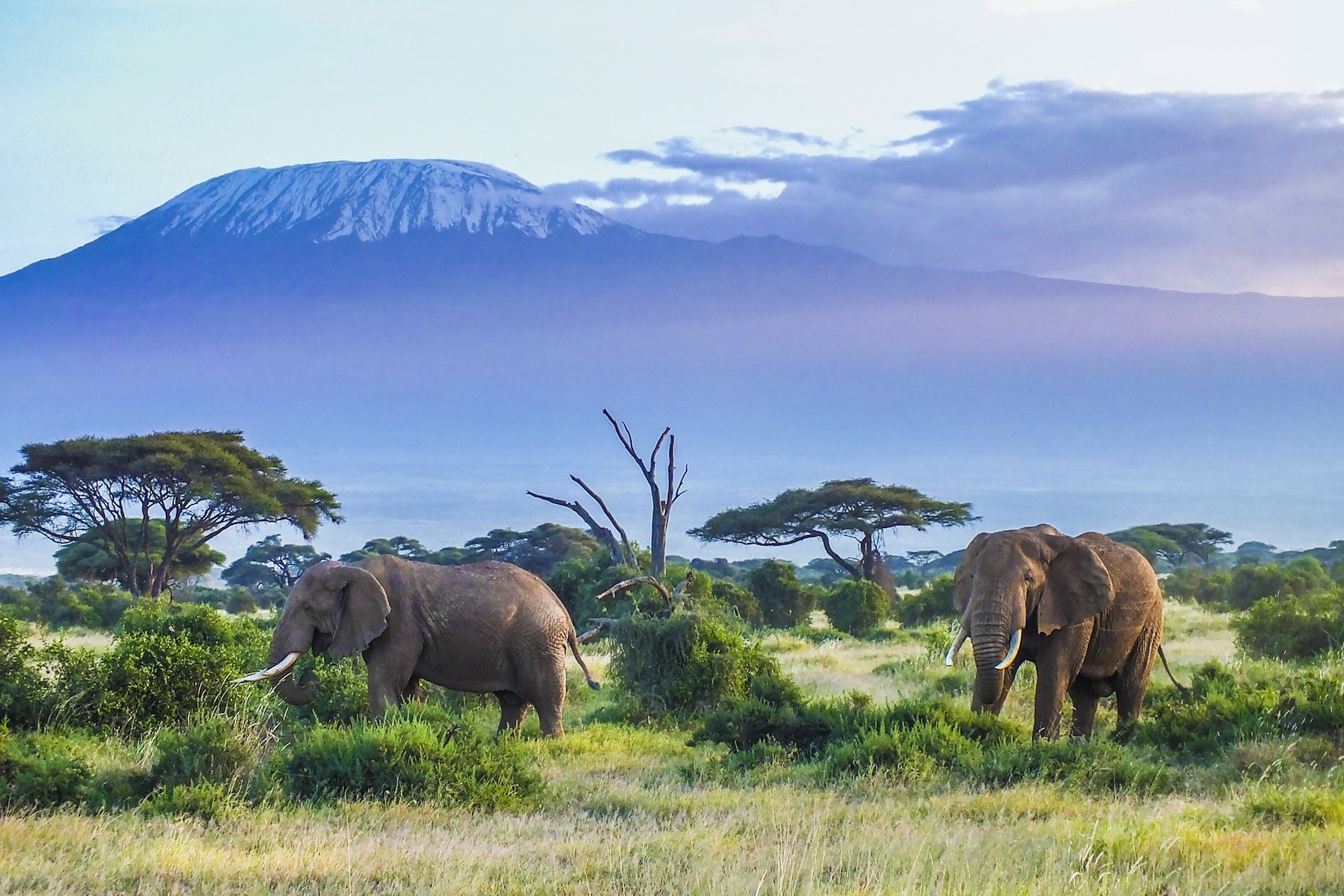 We take pride in offering our AVs the opportunity to go on a free safari during our Kenya Gap Year program, helping more volunteers have the trip of a lifetime and maybe spot all of Kenya’s big five! If you travel to Kenya with us, you will have the chance to see some incredible wildlife in their natural habitat. Watch lions snooze and elephants roam and if you’re lucky, you might even see a leopard!

Read on for some surprising facts about Kenya’s big five and test your knowledge!

One of the most beautiful animals on Earth and one of Kenya’s big five, leopards are the most widely distributed of all the big cats but they are very rarely seen. Their habitat ranges from desert to mountains to forest and even coast. In 2019, biologists documented a black leopard in Kenya, catching the extremely rare cat on camera click here to see it. This is the first time a black leopard has been seen in Africa for 100 years.

The spots on leopards coats are known as rosettes. The shape and pattern of the rosettes vary depending on location. In Kenya and East Africa, leopard rosettes tend to be more circular whereas in southern Africa, they’re more square-shaped.

Fact: Leopards are the only big cat that purrs. 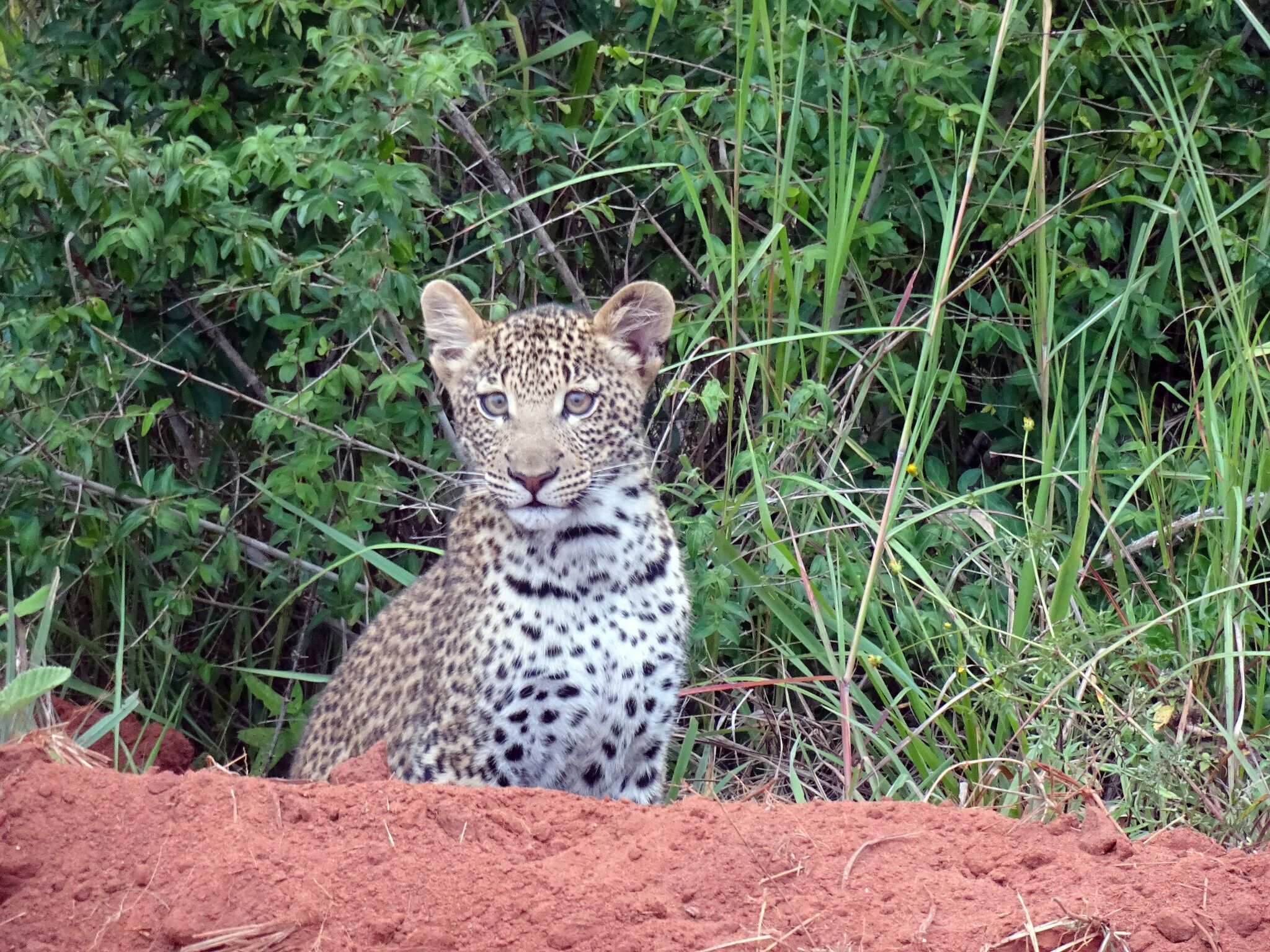 Rhinos weigh between 500 – 2500 kg but despite their size, they are herbivores. Their favourite time to feed is at dawn and dusk as well as at night. During the hottest part of the day they prefer to wallow in muddy pools to keep cool.

Generally, they’re not very sociable animals though the females of some rhino species choose to live in groups. These herds are aptly named a ‘crash’ of rhinos. The males prefer to be solitary, using dung to mark their territory. In fact, every individual’s dung smells unique!

Fact: Rhinoceros literally means ‘nose horn’, from the Greek words ‘rhino’ (nose) and ‘ceros’ (horn). This is also where we get the official word for a nose job – ‘rhinoplasty’. 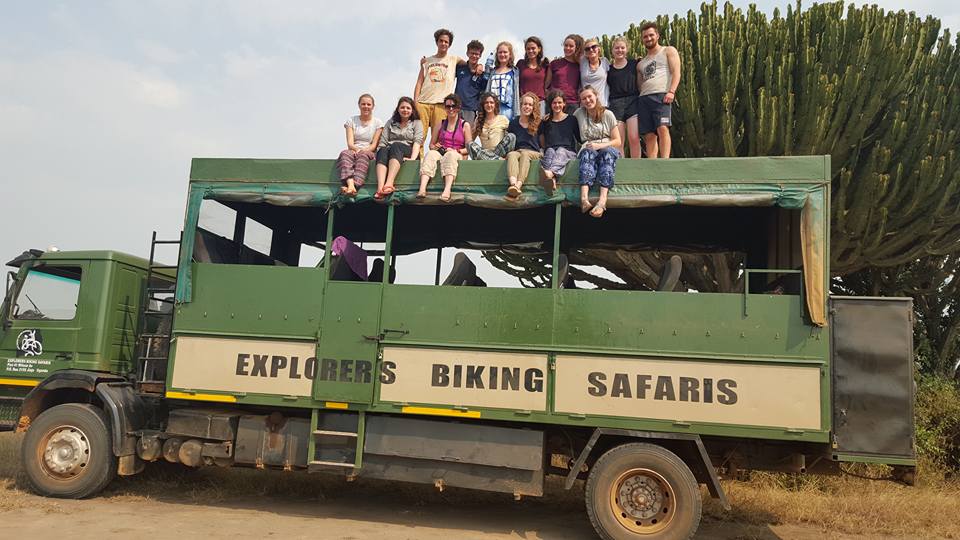 A lion’s roar can be heard 5 miles away so you will hear one of Kenya’s big five from a distance, making it by far the loudest of any of the big cats. At the same time, lions also have excellent hearing and can listen to prey moving over a mile away.

Female lions hunt using clever tactics to bring down their prey. As they’re generally slower than most of the animals they eat, they form a semicircle around their target. The weaker lionesses herd the prey towards the centre of the semicircle and the stronger females make the kill. It’s the circle of life. What more can we say?

Fact: Male lions evolved thick, long manes to protect their necks during fights with other males.

Perhaps one of the more unassuming animals on this list of Kenya’s big five, the buffalo is actually one of the most feared animals by humans and predators alike. Though they look like docile cows, buffalo are extremely aggressive and powerful, so much so that lions rarely attempt to hunt them.

If you’ve ever seen a video of a buffalo protecting one of its herd, you’ll understand why they have such a fearsome reputation. The enormous horns that curve around each side of its head, larger on males than on females, are the secret to their anti-predator success. These horns are used both to establish dominance within the herd and to protect against predators. Coupled with the unpredictability of buffalo decision-making, they are dangerous but incredible animals.

Fact: There are five subspecies of African Buffalo but the most common is the Cape Buffalo, others include the Nile buffalo and the Mountain buffalo. 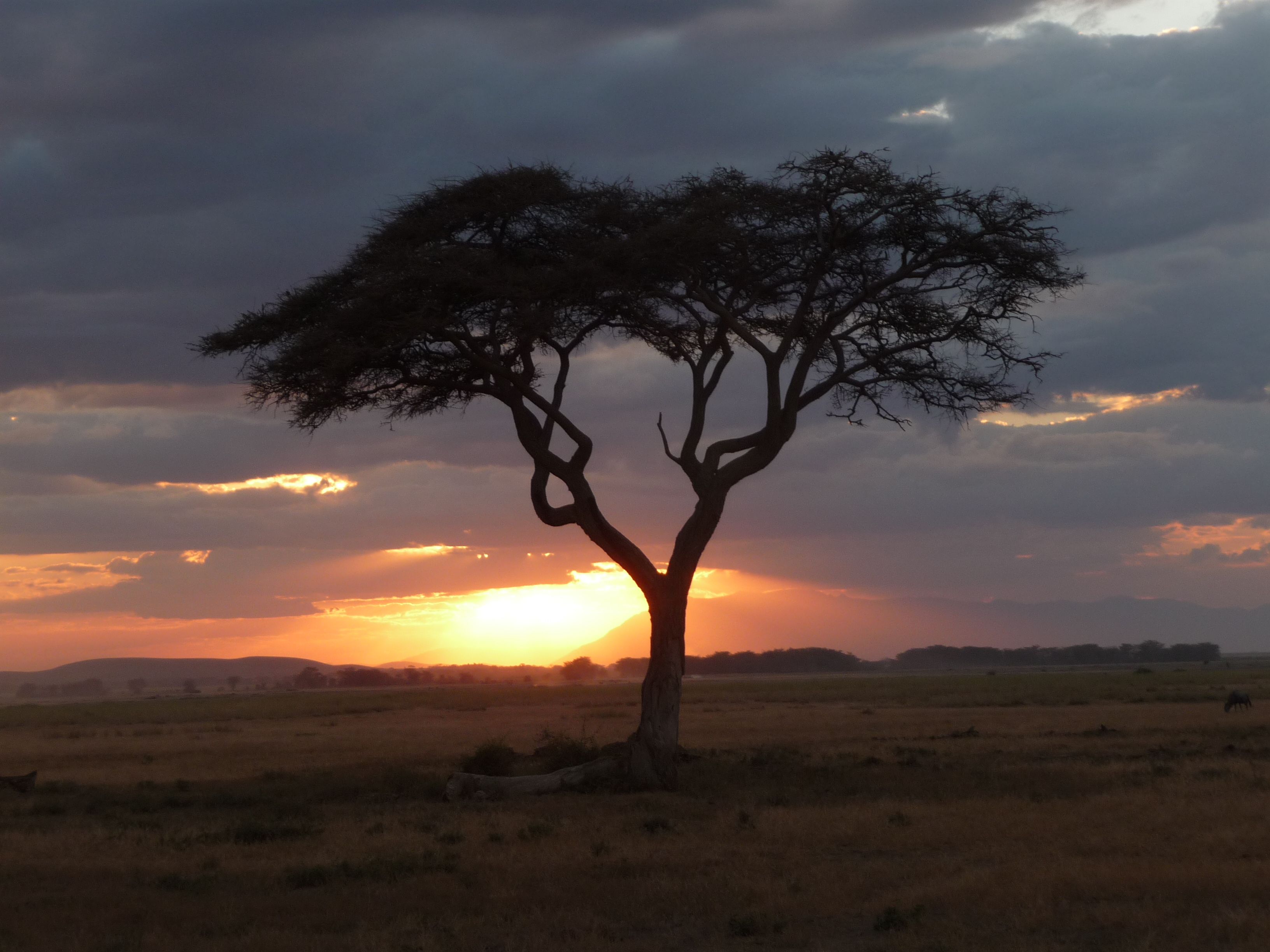 The world’s largest land mammal, elephants are the biggest of Kenya’s big five! Elephants are easily recognisable thanks to their trunks, which are actually a fusion of their nose and upper lip. The trunk is sensitive enough to be able to pick up a single blade of grass and it can also be used as a snorkel click here to have a look. Elephants can run but they can’t jump.

Fact: In Mount Elgon National Park in Kenya, some elephants have learnt how to mine for salt in underground caves. They eat salt by breaking the crystals off with their tusks, feeling their way with their trunks in the dark.

We are so excited to offer all our AVs a free safari when they travel with us to Kenya! This is a fantastic opportunity to see Kenya’s big five and many more amazing animals in between. Check out our Kenya Gap Year program for more details!

Do you want to see Kenya's big five? Find out more here